A few kind words from our customers.. 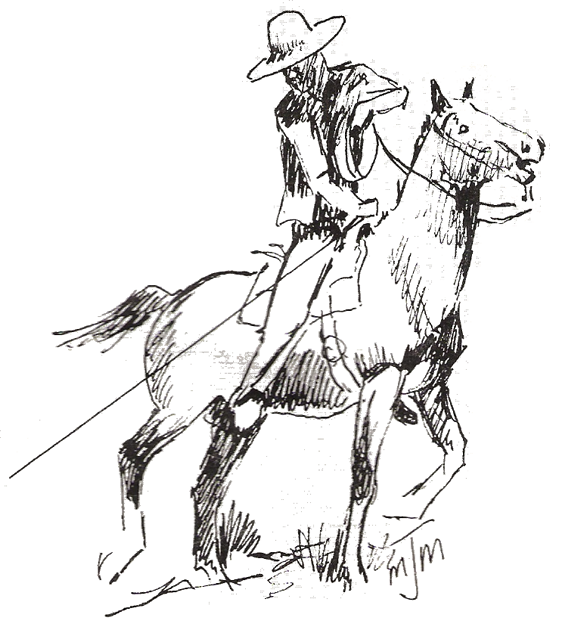 "We've each owned and ridden a Visser saddle for some time now. I don't believe there are very many saddle makers building their own custom handmade trees to fit your horse. The materials, craftsmanship and service are second to none……….John and Christine are a pleasure to deal with and some of the nicest folks you'll meet…….."

"I am riding a Visser Wade saddle since August 2006, I have put it on several different horses and a few mules in West Texas, will change it for nothing"

"……I first met John at a trade show……decided to take the plunge and order a saddle……….after many consultations, measurements and discussions to find out exactly what I wanted, the work was begun – and finally it came….I was not disappointed – it was a work of art, built exactly to my specifications….it will be a family heirloom for sure…..John was very professional to work with and everything was done on time.."

"….I've rode a Visser Saddle for 7 years and have rode a lot of different horses, it has always fit them good, even my colts….John is a tougher critic on himself than any customer could be…"

"…I am very pleased with my Visser Wade saddle. I use it for pasture treating cattle and ranch roping events. It is extremely well built and I have had no problems with it…."

"…..I've been punching cows for a long time and riding your saddles have kept my horses and myself happy and helped me do a better job for over 20 years…..they've sure been on a lot of horses …riding a rig that beautiful sure don't hurt any either….."

"….thanks for that wonderful saddle!! It's really something……" 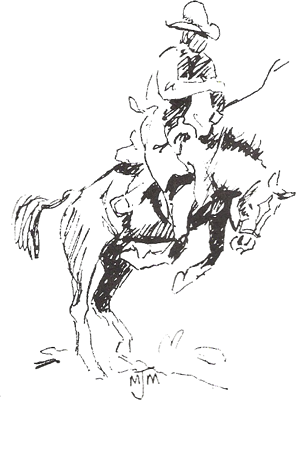 "….the saddle arrived…it is even better than we had hoped for….it fits both our 'rides' exceptionally well, comfortable for both horse and rider. Thanks for your awesome work and all the pictures during the saddlemaking process……."

"…..I wanted to thank you again for my wonderful saddle. I went for a long ride with 9 hours of serious riding and my tush never complained once! I can not say that for any of my fellow riders, I was hearing complaints after only a few hours…..I appreciate my saddle every time I sit in it. Thank you, thank you…."

"……my saddle is extremely comfortable to ride in, even during a 100 km ride over five days. When your saddle attracts the attention of strangers at horse events, this confirms that not only you think it is a work of art, but everyone else thinks so too!.......my husband also has a Visser saddle, I asked if I could have mine made narrower. He [John] put me in what he calls a ladies seat. Perfect! John makes his own trees so he has complete control of the whole process from start to finish……..a saddle from John A. Visser Saddlery is not only beautiful. It fits the horse, fits the rider, and is made from top quality material with uncompromising craftsmanship. What more could you want?......"

About the Mac MacKenzie line drawings used on our site: 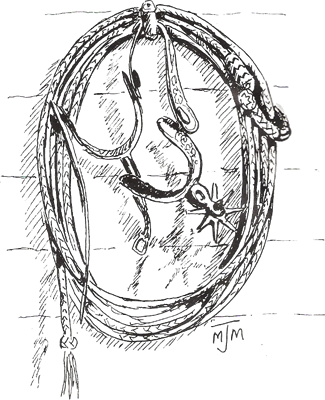 As a teenager, John had the opportunity to spend his summers riding in the Canadian Rockies for Malcolm "Mac" MacKenzie, Partner in Warner MacKenzie Outfitters. John was Mac's wrangler on 6 day back country trips riding at the end of the line picking up fallen gloves and lens caps. It was a great place for an aspiring young saddlemaker to learn about fitting horses as they had more than 300 horses and mules at that time.

Mac was also a respected bronze sculptor and artist. During their pack trips Mac was always on the lookout for inspiration for his next sculpture. It was John's job to carry all of Mac's photography gear through the brush as they snuck up on wildlife - on one occasion a sow grizzly with her two cubs which resulted in the bronze titled "Not All Bluff".
Mac was a strong influence on John and a true gentleman, more than just a boss but a man who influenced who John is today and who instilled in him the idea of becoming a true craftsman.

The sketches you see on our website are all done by Mac which came from a catalogue of his bronzes. Mac was kind enough to let us use them while he was alive and his widow, Judy, lets us use them still.
Thank you Mac, Judy and family.